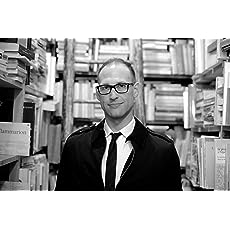 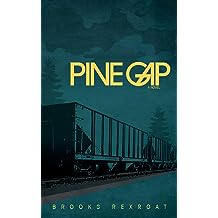 Pine Gap (English Edition) 05-mar-2019
por Brooks Rexroat
€3.51 €11.84
In the southeastern Kentucky town of Pine Gap, coal is the economy, faith is the community, and comings and goings are few and far between. This is home for Jamie Eskill and her family. Her father’s life is in the mines, her mother has seldom been more than an hour from town, and her sister has twins that need her constant care.

Jamie may want more from life than Pine Gap can offer, but leaving is complicated. When she gets her ticket out, she’s not sure whether to use it—until a disaster changes everything.
Leer más
Otros formatos: Tapa blanda
IVA incluido (si corresponde) 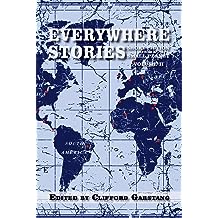 Everywhere Stories: Short Fiction from a Small Planet, Volume II (English Edition) 01-mar-2017
por Clifford Garstang
€7.55
In Volume I of Everywhere Stories: Short Fiction from a Small Planet, we discovered that it's a dangerous world. We ran from a herd of wild boar in Germany and a biker gang in New Zealand; we fought cancer in Russia and a rogue militia in central Africa; we survived thieves in Costa Rica and Hurricane Katrina in New Orleans; and we endured a terrorist attack in Israel and overzealous security guards in Beijing. The twenty stories in that volume took us to all seven continents and introduced us to the fine work of twenty excellent short story writers.

Putting together Volume II, we've come to realize that it's still a dangerous world, but it's also a mysterious world. What's going on in that hotel in Egypt or that oasis in Mali? Does that Korean monk really have the ability to predict the future? What about the shopkeeper in Panama? Where does the little Turkish boy get his great strength? Is there something special about the man who makes artificial eyes in Guatemala? What is the source of the Kenyan warrior's tranquility? What motivates the visiting teacher in Samoa? It's a mysterious world, all right, and we've got twenty more stories from twenty terrific writers to prove it.
Leer más
Otros formatos: Tapa blanda
IVA incluido (si corresponde) 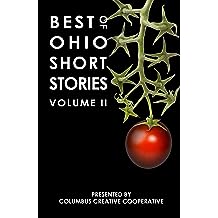 These engaging, powerful, sometimes funny, sometimes heartbreaking stories have been carefully selected from hundreds of submissions from Ohio authors. The egalitarian selection process attracted and published authors of all types and experience levels, from the literary stalwarts of Ohio's impressive academic communities, to debut authors toiling to rise above their day jobs. 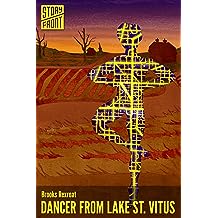 This story was originally published in Day One, a weekly literary journal dedicated to short fiction and poetry from emerging writers.

The small town of Lake St. Vitus, Michigan, might not be the ideal place to foster a dance prodigy. Yet after a kindhearted middle school music teacher recognizes a young boy’s promise, she takes the novice under her wing, developing her lack of know-how through instructional books from the library. No one—not even the boy’s unenthusiastic father—can deny the young student’s talent, and soon his gift has opened a door to the world outside their insular community. Happy to leave and never look back, the dancer hopes that he will avoid the ordinary fate of his classmates. Soon his talent is inspiring the awe of a global audience, while taking him farther away from his humble origins. But when the dancer returns to Lake St. Vitus for a homecoming performance, he just might discover that the distance he’s created cannot protect him from everything he’s tried so hard to escape. 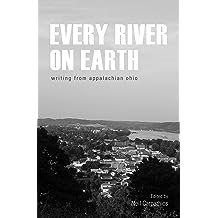 Every River on Earth: Writing from Appalachian Ohio includes some of the best regional poetry, fiction, and creative nonfiction from forty contemporary writers, both established and up-and-coming. The wide range of material from authors such as David Baker, Don Bogen, Michelle Burke, Richard Hague, Donald Ray Pollock, and others, offers the reader a window into daily life in the region. The people, the landscape, the struggles, and the deepest undercurrents of what it means to be from and of a place are revealed in these original, deeply moving, and sometimes shocking pieces.

The book is divided into four sections: Family & Folks, The Land, The Grind, and Home & Away, each of which explores a different aspect of the place that these authors call home. The sections work together beautifully to capture what it means to live, to love, and to die in this particular slice of Appalachia. The writing is accessible and often emotionally raw; Every River on Earth invites all types of readers and conveys a profound appreciation of the region’s character.

Every River on Earth

I look out the window and see

through the neighbor’s window

to an Amish buggy

where three children are peeping back,

and in their eyes I see the darkness

Wind pokes the land in winter,

trying to waken it,

and in the melting snow

I see rainbows and in them

every river on earth. I see all the way

to the ocean, where sand and stones

and reach back to gather it in. 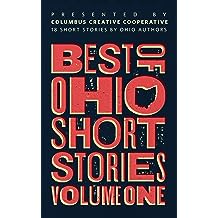 Columbus Creative Cooperative solicited short stories from Ohio's most prestigious institutions, and also welcomed work from writers of all skill and experience levels in an open, egalitarian submission process. From hundreds of qualified candidates, the best stories were selected for publication.

This first-of-its-kind anthology features stories from notable Ohio authors, as well as stories from authors making their fiction debut.

From contemplative literary fiction to other-worldly science fiction, and everything in between, every reader will find something to love in this phenomenal book. This anthology truly represents the Best of Ohio Short Stories.
Leer más
Otros formatos: Tapa blanda
IVA incluido (si corresponde) 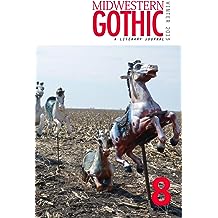 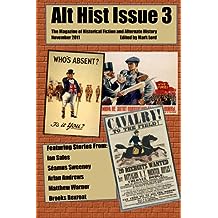 Alt Hist Issue 3: The Magazine of Historical Fiction and Alternate History (English Edition) 04-nov-2011
por Séamus Sweeney , Mark Lord
( 2 )
€3.68 €7.27
‘The second issue of Alt Hist magazine builds on the solid basis of the first issue, bringing a collection of historical fiction and alternate histories from a broad cross-section of history. There are some wonderful stories among them.’
SFCrowsnest, www.sfcrowsnest.com

‘engaging and well-written short stories with a historical setting that portray actual events or events that could have happened’
Fantasy Book Review, www.fantasybookreview.co.uk

Alt Hist is the leading biannual magazine dedicated to publishing the very best short stories from the historical fiction and alternate history genres.

The third issue of Alt Hist includes two stories about the American Civil War, one about the great Tesla, a tale of post-war revenge set in Dublin, and a compelling story about the early years of the space race.

‘A Light in the Darkness’ by Ian Sales
‘Dublin Can Be Heaven’ by Séamus Sweeney
‘Riders on the Storm’ by Arlan Andrews
‘Bummers’ by Matthew Warner
‘To The Stars’ by Brooks Rexroat
Leer más
Otros formatos: Tapa blanda
IVA incluido (si corresponde)