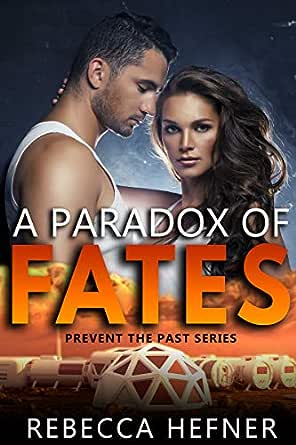 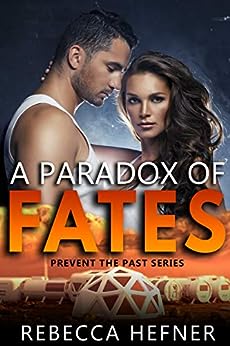 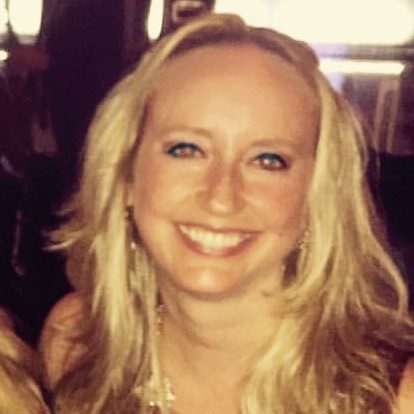 Johnny Swanson
5,0 de 5 estrellas I can't wait for the rest of this dynamic series.
Revisado en los Estados Unidos el 12 de marzo de 2020
Compra verificada
I'd like to start off by saying first that I adore Rebecca and am a huge fan of her work. I was first introduced to the world of Rebecca Hefner when I read 'The End of Hatred' and have been hanging on for the ride ever since. When I heard that she was writing Paradox of Fates, I got to admit, I was interested.

I had no idea what to expect when I opened my kindle of Feb 26, 2020, and started reading, within the first couple of pages I was hooked, this book had everything I expected when reading Rebecca, the story was interesting the cast that she had assembled had dimension, charisma, and character.
The romance and sex you expect from her was a slow burn, but, when it ignited it was pure passion, hot, sweet and sticky!

The balance of this book is sheer brilliance
it's as intriguing as it is romantic
it's as scientific as it is dramatic
Rebecca's finest work to date.

I can't wait for the rest of this dynamic series.

Tani Hanes
4,0 de 5 estrellas A fun read, even for non sci-fi fans!
Revisado en los Estados Unidos el 5 de abril de 2020
Compra verificada
I must first say that I resisted reading this book for a long time for the simple fact that I'm no fan of sci-fi. Just not. Plus, I just can't wrap my brain around time travel, so it was a double whammy for me. Eventually, however, my curiosity got the better of me, and let me say that I was not disappointed! As far as the time travel, I was confused, just as I knew I'd be, but that's my fault, not hers. She explained it in very clear terms, and I can tell from reading the other reviews that it makes perfect sense, just not to me lol! As far as sci part of the sci-fi, she doesn't go into excruciating detail, so it's not a snore fest for those of us who aren't scientifically minded, so yay on that front as well.
I did find the first half of the book a little slow, with maybe too much emphasis on telling as opposed to showing, but that kind of can't be helped in the first volume of a multivolume, sci-fi serial. There's just so much world-building and back story to be told. And, in the case of this particular serial, the author is setting up multiple romances, I believe, stories to be told in subsequent volumes. It's quite a complicated plot, and she just gets going on it when this first book ends.
The second half contains steamy sex galore, in case you're wondering, and though the plot takes a while to get rolling, it's definitely on the move by the end of this, the first volume.
There were a few malapropisms, though no actual typos that I could spot, which was very refreshing and wonderful, and the author has a deft touch with dialogue which was great fun to read. And though there were a great many characters introduced very quickly, she did a nice job defining all of them so I could keep them straight. All in all, a very fun read. I believe I might give her other works a perusal, just to find out how it all turns out!
Leer más
Útil
Enviando comentario...
Gracias por su comentario.
Lo sentimos, no hemos podido registrar tu voto. Vuelva a intentarlo
Informar de un abuso
Traducir reseña a Español

Sharon
5,0 de 5 estrellas A Very Pleasantasant Surprise!
Revisado en los Estados Unidos el 6 de marzo de 2020
Compra verificada
I really wasn't sure what to expect when I started this book and found myself really enjoying it. The author really does a wonderful job of introducing each character and be surprised by the twists that occur during the book, there were a few I certainly wasn't expecting. As a reader, you start to invest in each character and I am looking forward to the next book to know how they are all doing!!!
Leer más
Útil
Enviando comentario...
Gracias por su comentario.
Lo sentimos, no hemos podido registrar tu voto. Vuelva a intentarlo
Informar de un abuso
Traducir reseña a Español

Alex
5,0 de 5 estrellas Loved this one!!
Revisado en los Estados Unidos el 25 de febrero de 2020
The description of A Paradox of Fates immediately caught my eye and I was not disappointed! In fact, I devoured this one in a single day because I had to find out what happened next and the twists just kept coming. This was my first Rebecca Hefner book but it won't be my last because she can certainly tell a story. I was sucked in right away but when we hit about 50% things started to get really interesting and I knew this was a 5 star read for me.

I liked Lainey from the moment we meet her; she's super smart, dedicated, and so devoted to the family that's been created at their science hub. She never gives up and has sacrificed everything to help save the world. Letting her emotions lead her is not something Lainey is used to so the relationship she begins to develop with Hunter is by no means easy. I was a bit unsure of our hero, Hunter Rhodes, at first but I came to love him as the story went on. There was no doubting his commitment to helping Lainey but I was unsure of his feelings until more of his history is revealed. Hunter is your quintessential solider and protector but he never tries to coddle Lainey or prevent her from fulfilling her mission.

In addition to Hunter and Lainey, there's an excellent cast of side characters and I loved how much of their stories were incorporated into A Paradox of Fates. There was definite setup for the future books and future couples but more than that I really felt like I knew and cared for the side characters just as much as our leads.

The entire time I was reading this, my mind was racing and trying to figure things out and guess how the different time lines might affect the story. It was just so enjoyable and I can't wait for the next in the series!
Leer más
A una persona le ha parecido esto útil
Útil
Enviando comentario...
Gracias por su comentario.
Lo sentimos, no hemos podido registrar tu voto. Vuelva a intentarlo
Informar de un abuso
Traducir reseña a Español

sheila
4,0 de 5 estrellas Need more...
Revisado en los Estados Unidos el 25 de febrero de 2020
Going into this book I wasn't sure what I was gonna think. I'm not always a fan of scifi type romances. I was worried that some of the writing was gonna be more than I could understand. I was wrong in all aspects. This book definitely wasn't like any of my normal reads. But it definitely flows well and kept me on my toes. You can't help but love all of these characters, good and bad (well bad-ish). They all have an integral part that makes them so lovable.

The thing I struggled with the most was the different POV's. I love duel POV and can handle 3 POV's every so often. But this one had POV's from 6 different people and I struggled with that. The majority of the chapters were from either Lainey's or Hunter's POV so when someone else came up I would get lost and forget that someone else was "talking". It got a bit frustrating. Then there was Elle's POV. Really? I got 95% in before I realized that this is a trilogy. Thank goodness because I have so many unanswered questions, especially where Elle is involved!

Go into this book with an open mind. It's definitely not what you may think it is. But, if you are like me, you'll love it. Just be prepared to want more. *I voluntarily read an advanced copy of this book for my honest and unbiased review.*
Leer más
Útil
Enviando comentario...
Gracias por su comentario.
Lo sentimos, no hemos podido registrar tu voto. Vuelva a intentarlo
Informar de un abuso
Traducir reseña a Español
Cargar más reseñas internacionales

While this is not my favorite genre to read, this story caught my attention and was captivating from the beginning. It was easy to understand and follow along.

The attraction between Elaine "Lainey" & Hunter is met by resistance on both of their parts and that makes it worthwhile to keep reading. To find out how they'll get past their baggage and trust and learn to love [again]. It's slow-building but it's amazing to see it develop before your eyes.

All the characters are entertaining and I enjoyed getting the multiple POV the author allowed us to experience and the story was very well-written.
Leer más
Útil
Enviando comentario...
Gracias por su comentario.
Lo sentimos, no hemos podido registrar tu voto. Vuelva a intentarlo
Informar de un abuso
Traducir reseña a Español

LynnStifle
4,0 de 5 estrellas Enjoyable Read!
Revisado en los Estados Unidos el 26 de febrero de 2020
I truly enjoyed every aspect of this book. I was immediately drawn into this story and I was not disappointed. Dr. Elaine (Lainey) Randolph's mission was to make time travel possible and go back in time and save the world. She was getting close when she meets Hunter. She's attracted to him, but she doesn't trust easily. I loved how their relationship slowly develops. A wonderfully written story, with amazing characters and side characters, the storyline is gripping and the plot flowed smoothly from page to page. I look forward to reading more of this series.
Leer más
Útil
Enviando comentario...
Gracias por su comentario.
Lo sentimos, no hemos podido registrar tu voto. Vuelva a intentarlo
Informar de un abuso
Traducir reseña a Español