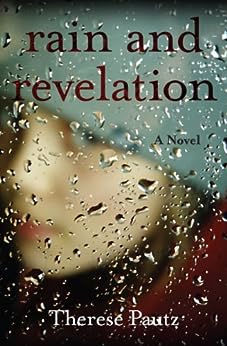 Edición en Inglés de Therese Pautz (Autor) Formato: Versión Kindle
Ver todos los formatos y ediciones
Sorry, there was a problem loading this page. Try again.
On the rugged, rain and windswept coast of Ireland, twenty-year-old Eliza Conroy’s predictable life is shattered when she returns home to find her mother bathing in her own blood. Eliza sets out to understand the events leading up to that fateful day and discovers that she has been deceived her entire life by those she loves and trusts the most. What she uncovers threatens to destroy her family and tight knit community and Eliza is forced to choose between the cost of speaking the truth and remaining silent.
Leer más
Previous page
Next page
Descubre cómo ahorrar hasta un 80% en un título diferente cada día
Inscríbete en la Newsletter Kindle Flash y recibe directamente en tu bandeja de entrada la oferta del día Kindle Flash para no perderte ni un título en promoción. Más información

Therese Pautz is an attorney, entrepreneur, and public speaker. She currently resides in Minneapolis, Minnesota with her husband, three children and two dogs. In her spare time, Therese enjoys travel, outdoor activities, local theater and the arts, as well as relaxing at the lake cabin. She fell in love with Ireland when she lived and studied there during college. This is her first novel. --Este texto se refiere a la edición paperback.

Amazon Customer
4,0 de 5 estrellas Dark but interesting
Revisado en Canadá 🇨🇦 el 20 de julio de 2022
Compra verificada
I enjoyed this book very much. The story behind it is dark and tragic, but it's so well written that I didn't mind that at all. I was pulled into this very interesting story about a young woman and her mother, as well as the men who have controlled them. I recommend it.
Leer más
Informar de un abuso
Traducir reseña a Español

Ashleymews
1,0 de 5 estrellas Disappointing
Revisado en el Reino Unido 🇬🇧 el 28 de enero de 2013
Compra verificada
Although set in Ireland it did not feel Irish at all. The author was unable to get into the culture and so it read like a book by an American, for Americans, ABOUT Americans. As a UK reader I was dismayed by the (so-called) American grammar and also the vocabulary to the point that it was difficult to understand. It took several pages of my trying to make sense of what a character was doing with a "tub", only to realise that the author meant a "bath". (In case you are wondering, to an English person, a "tub" is something you would plant a patio plant in). I still don't know what a "hickey" is. Constant re-reading was therefore necessary. It became comic when such aberrations also appeared in reported speech ("I'm out of here"; not heard on this side of the Atlantic unless the speaker is quoting someone or being ironic).

I realise I have to accept different spellings but I do notice that British books are "Americanised" in spelling for the American market but this never happens the other way round with an American book destined to be read by British readers.

Joy Cagil
4,0 de 5 estrellas Engaging Story with Astounding Revelations at the End
Revisado en los Estados Unidos 🇺🇸 el 17 de julio de 2020
Compra verificada
I surprised myself by enjoying this story, considering that it is about the secrets and the shadowy negatives of an extremely complicated family. What I liked the most about it is the change in the protagonist Eliza Conroy, a girl in her late teens, by the time the story wrapped up at the end. Then, the characterization itself is first-rate, which made up for the gory facts behind most of the actions.

In the story, Eliza has postponed attending the university even though she wants it and has the means for it. The reason is the family business with a B&B and several rental cottages. One day, she comes home to find her mother Annie in the bathtub with a slit wrist, an apparent suicide. With some help from their veterinarian’s son, she manages to take her mother to the hospital, and the story continues from there with Eliza trying to solve the mystery of why Annie Conroy became so despondent.

The setting for this dramatic story is a small town in the west coast of Ireland, although Ireland has little to do with the plot, as this story might happen anywhere.

Besides the family members, there are several other seemingly secondary characters who, at times, sneak into the front row, but this is not a bad thing. It only makes the story more interesting. In fact, if it weren’t for all those characters, the mystery wouldn’t be a mystery but would emit the illusion of a sappy daytime drama.

The characterization is outstanding, and each character is given his or her due place and importance. While the real villain has lurked quietly in the background, finding out that he is the villain at the end made the story even more confounding and thought-provoking.

Eliza as a character has a swinging best friend Fiona, Eliza's Da, a somewhat distant and mostly drunk father figure who always sticks with his best friend Paddy, Maeve the housekeeper, an old school teacher from her high-school days, and a not too many boyfriends. Except for her mother’s gloom, Eliza seems to have an okay life, but this is only in the beginning. When she starts to poke into the mystery of why her mother tried to kill herself, the readers find out with her the family secrets and the well-hidden facts of almost every character.

Although I did enjoy reading this story, I found its turns and twists to be excessive, especially after somewhere in the middle of its dark plot. I believe too much twisting toward the end, especially when it involves several characters, can lead a reader’s attention astray.