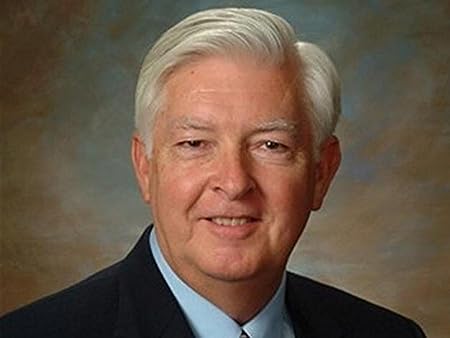 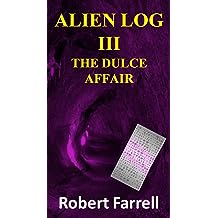 Alien Log III: The Dulce Affair (English Edition) 02-nov-2015
por Robert Farrell
( 4 )
6,35 € 13,74 €
Alien Log III, The Dulce Affair picks up where Alien Log II left off. Doctors, Wendy and Corey Newton, accept another assignment from General Pete Mitchell and are put in harm’s way. Pete is unaware that this is a duel mission for Wendy and Corey who are also working with Quellin, an alien. Quellin needs proof that another group of aliens, the Grays, are violating a prime directive of the Federation. Wendy and Corey must go into an underground base near Dulce, New Mexico. It is suspected that it is jointly operated by Gray aliens and the United States government. They must get evidence that the Grays are developing a super soldier for the elitists who run the shadow government. The proof is found in the form of an alien tablet emblazoned with Ugaritic cuneiform.
What is the connection between the “restless behavior” of alien specimens stored at Level 9 in the basement at Wright Patterson Air Force Base and the project at Dulce? Who is the man held prisoner behind door four at the Dulce base?
Wendy lagged behind, peering occasionally through the six by six inch window in each of the locked doors… When she looked thought the window in the fourth door, there was no one in sight so she brought her face up close to the window for a better view. Suddenly, the face of a wild man was staring back at her no more than six inches away from the window! Wendy jumped back and screamed! The man’s head was covered with hair and his face was distorted and grimacing with agony. He stared at Wendy with bloodshot eyes pleading for mercy.
“Help me! Please help me!” the man pleaded, “I have been abducted…Please let my family know where I am. Please! I beg you!” 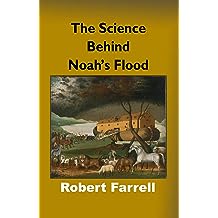 The Science Behind Noah's Flood (The Science Behind...) (English Edition) 11-feb-2015
por Robert Farrell
( 1 )
6,81 € 13,29 €
Do you think you know what Noah’s Flood was: where it occurred; when it occurred; whether it was a natural event; or what happened after the flood? Then the answers in this book may surprise you!Would you believe Noah’s Flood occurred over 14,000 years ago?! 14,700 years ago as the ice age was ending, cascading ice sheets from Antarctica caused a mega-tsunami which carried Noah northwest along the Tigris-Euphrates flood plain into southeastern Turkey. He landed near the present archaeological site of Gobekli Tepe. This site may be as much as 14,000 years old and is only a few miles from the ancient town of Urfa which claims to be Abraham’s birthplace. Agriculture was also born in this same region 12,000 years ago. It is amazing how well the scientific data presented in this book fits with Genesis and ancient stories such as the Sumerian Epic of Gilgamesh and the older Babylonian epic of Atra-Hasis. If you think you know Noah’s story then you should read this book.
Leer más
Otros formatos: Tapa dura , Tapa blanda
IVA incluido (si corresponde) 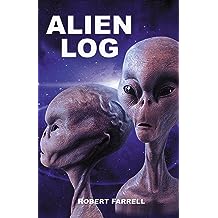 Alien Log (English Edition) 01-abr-2011
por Robert Farrell
( 8 )
4,71 €
In 1953 an alien artifact was found next to a UFO that crashed near Kingman, Arizona. The captain overseeing the recovery felt the device was more important than the craft itself and hid it on his person. Jump ahead to present time and he is a retired general, dying of cancer. He is concerned because he has been reading about abductees who, under hypnosis, have reveled that the aliens are about to make their presence known. The general sees this as a threat to humanity and takes the device to the President. The President is equally concerned that this is not only a threat to our national security but to all of humanity and commissions a colonel to put together a team of scientists to get the device activated so we can discover what the aliens are up to.

Colonel Mitchell’s face paled as he stared into the briefcase the President had just opened. The President’s voice seemed to fade into the background as Mitchell became mesmerized by what he saw.

The President forcefully cleared his throat to get Mitchell’s attention. “Colonel…there are only three people on this planet who know that thing exists: you, the retired general who found it back in 1953, and me. As I explained earlier, the general, who’s dying of cancer, brought that to me only two days ago. After he told me his story, I immediately began the search for the best person I could find to head up an investigating team. You’re that person.
“I believe that device you’re looking at is a key, not only to our national security but, perhaps, to the survival of humanity as we know it. I want you to know, I will bring to bear all the powers of the President’s office to help you with this project. You have carte blanche to assemble the best team you can to unlock the secrets hidden in that device. Of course, security will be of utmost importance; I don’t want to set off a world-wide panic. Do you understand what I’m saying, Colonel?”

When Mitchell looked up, the President’s eyes were bearing down on him. Mitchell hadn’t taken a breath since he set eyes on the device. He almost hissed as the air escaped from his lungs. The room around him came back into focus as he sucked air. His voice quivered, “Yes Sir …I…I’ll begin immediately.” He closed the briefcase, clasping it tightly as he left the office, his face still pale.

Alone now, the President looked out of his window and stared across the White House lawn. Life on Pennsylvania Avenue still appeared normal. The usual assortment of protesters was there, pushing their causes by marching in circles and brandishing their pickets. As usual, the press cameras were there too, trying to catch whatever human interest stories they might find. The President was deep in thought. I have a real human interest story to tell, if only I could. I wonder how much time we have? Perhaps it’s already too late. Perhaps the general’s the lucky one; he’ll be dead in three months.

Colonel Mitchell assembles a team to two scientists. Dr. Wendy Ahearn is a world renowned linguist with an innate ability to translate almost any written text. For her, what she does is intuitive. Paired with her is Dr. Corey Newton, a leading expert in gravity propulsion and a passion for ufology. His job is to interpret whatever Wendy translates. The team is sequestered in a secret underground base in Nevada. While working on the project, Wendy and Corey have an opportunity to study wreckage of a crashed UFO and to view the remains of an alien. This is all important for Wendy to do her job.
Through serendipity, Wendy accomplishes her task of activating the device. She also discovers, in a very strange way, what the aliens are up to.
Leer más
IVA incluido (si corresponde) 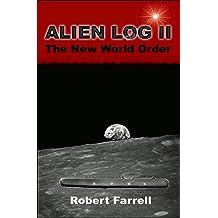 Alien Log II: The New World Order (English Edition) 31-mar-2011
por Robert Farrell
( 4 )
6,20 €
Dr. Farrell, thank you for 2 great books, ALIEN LOG and ALIEN LOG II. I'm sure the 3rd will be just as enlightening and enjoyable. I have read both books twice and still open them now and then just to read a page or two. I liked everything about them - all the characters, the story line, and it's very true that you have done your homework. ‘Quellin’ did a good job explaining the human condition. I count you and your books among those who have influenced me to learn patience and unconditional love. Thanks for all the hard work and selflessness that you have put into your books - your sharing of yourself is one of life’s greatest gifts. Best of everything as you progress – can’t wait to read ALIEN LOG III. Keep it up!
Alien Log II, picks up where Alien Log left off…in the desert. As the team, led by Colonel Pete Mitchell, heads back to base with the recovered alien artifact, Corey is abducted. The aliens can place a memory block on abductees before they are released. As a result Corey’s alien captor, Quellin, freely answers any question Corey might have during a tour of the mother craft. Corey learns many things. For example, he learns the Big Bang Theory is wrong. He learns how the universe is constructed so remote viewing, telepathy, and past life’s regressions are possible. Quellin explains how hybrids will be used to usher in the new world order and what that might look like.
Eventually, Corey is released and is joined by his teammates, Wendy and Pete, as they continue the quest to unlock the secrets of the artifact. Wendy and Corey discover that the information she recovers is too dangerous to pass on to Pete who will then pass it on to the President. In the end, they solve the problem in a most unusual way.
EXCERPT
In the darkness, Colonel Pete Mitchell and Wendy are running away from their chopper that was brought down by the UFO. Pete knows the aliens will be back to recover the artifact he is has with him. They reach a small mountain with a natural cave where they can hide. Pete prepares to climb to the top of the mountain so he can observe with night goggles the downed chopper in the distance.
“Yes, now stay here, I want to climb to the top of this mountain and take a peek back toward the chopper,” Pete said, as he left the security of the small cave and began climbing.
“You won’t be gone long, will you?” Wendy yelled out, with a tremor in her voice.
“No, not long. I just want to make sure our alien friends take the bait and head east,” Pete reassured Wendy.
Within five minutes Pete reached the top and slowly raised his head above the boulder he was behind. Cautiously, peering through the night vision goggles, he began searching the horizon to the north-east. The green glow of the chopper’s tailpipes could be seen less than four miles away. Even brighter was the blinking strobe light. Suddenly, a chill went down Pete’s spine. Sitting next to the chopper was a disk-shaped object just like the one that had taken Corey and the colonel. He could only imagine what Captain Herber must be going through. Pete knew it was only a matter of minutes before the alien’s search for him and Wendy would begin.
Pete’s frozen stare was locked on the scene playing out three miles away. He was replaying the escape he and Wendy had made from the chopper. Retracing their path, first to the east of the chopper and then to the south-west. Then it dawned on him. He visualized in his mind, green-glowing footprints leading from the chopper to their hiding place. “I hope to God the heat from our footprints is gone or we’re in deep trouble! They’ll find us for sure,” Pete said to himself under his breath. He continued to watch as the disk began glowing and then lifted off, heading easterly at a low altitude.
Leer más
IVA incluido (si corresponde)
Volver arriba
Conócenos
Gana dinero con nosotros
Métodos de pago Amazon
¿Necesitas ayuda?
© 1996-2022, Amazon.com, Inc. o sus afiliados